Designer is a word not traditionally associated with footballers, yet David Beckham is the exception. Epitomising all that the modern man can be, he is relentless, charging ruthlessly into the world as a man not afraid of change. Having a designer wife probably helped smooth out the process, gone are the days of the diamond ear rings and the stale pop-star looks, David has evolved into a style maven.

In the last few years, David Beckham’s personal style has matured over time. Befitting to his changing status, having exited the seductive football scene to focus on his family, his clothing exudes an elegant charm that contrasts the boyish aesthetic he once wore. With a developing niche for fashion, David designed and modeled his own capsule collection for H&M and has modeled for numerous magazine shoots, with the most prominent being the first male model to grace the front page of Elle.

He has since appeared on a confluence of other magazines, many of which capture the essence of his modern style: 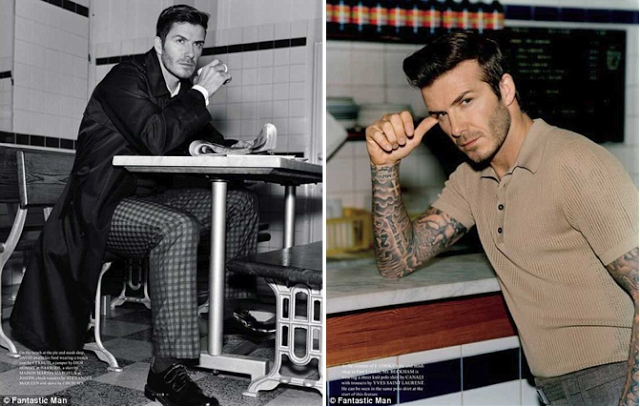 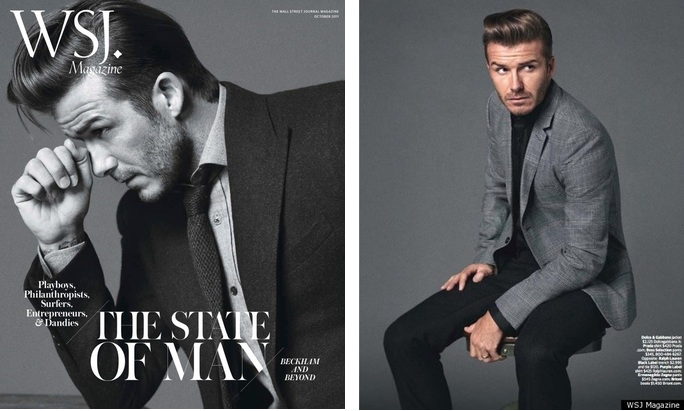 With an air of decadence, Beckham is one of the few men capable of taking relatively simple items, such as a grey suit, and turning it into art. It appears that even the stylists of the magazine realm know that Beckham can rock a suit. Being styled in 60s gear for his Fantastic Man cover shoot before conuniting this ‘Suit up’ ethos for the Wall Street Journal. When dressed casually, an earthly polo is chosen. The world knows that Beckham look his best in the basics. 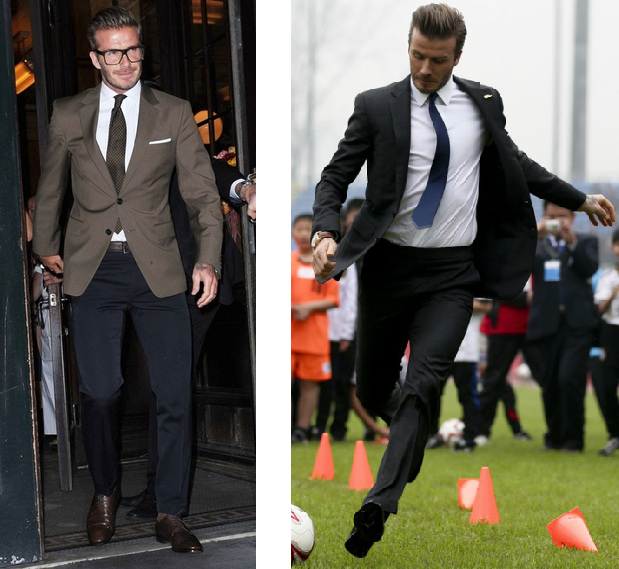 A clean silhouette with a tidy colour pallette sums up the David Beckham approach to formality. The 38 year old is no longer the Spice Girl dating and all leather wearing boy he used to be. Having a more deeper involvement in ambassadorial positions (such as his role as Sports Ambassador of China) his penchant for a fitting suit reflects his career. The classic cut of the blazer exudes sophistication, Beck’s must have a good tailor, and accompanies his collection of fitted suits with traditional accessories: pocket squares, tie bars and watches.

He might have to dress up a little more nowadays, but David never neglects his casual attire. The key to his dressed down style is to be natural. The iconic ‘David Beckham tuck’ looks as if Beckham just buttoned his shirt in a rush, when in reality, it’s an intricately chosen detail. He looks relaxed, with a gentle touch of interest, such as a denim shirt. The outfit wants to be noticed without the need to scream, without a need for avant garde frivolity. The simplicity of a t-shirt, beanie and jeans combo makes for a surprisingly unique design.

Stefano Gabbana once described Becks as “…the channel we needed to speak to men. Here was a soccer player who is straight, with a wife and children, and men were saying: “If he wore it, I can wear it too.’ Before that it felt like men’s fashion was just for gay men or strange people – men were afraid to wear something special.” Beckham’s effortless approach to his wardrobe has helped in making it okay for men to be fashionable. The average man can dress up and wear something special, I mean, who wouldn’t want to be more like David Beckham?