It has been eight years since the male grooming sector first boomed. 2006 was a prestigious year in the men’s beauty sector, where the popularity of grooming products dramatically increased and sales rapidly soared. Long gone are the days where a bar of soap and a few squirts of cheap cologne suffice in a man’s beauty regime – Grooming has now become a diverse, essential part of our daily routine, therefore a good grooming routine plays a vital part in moulding your image and style. Here’s a look at some of the hottest and most groomed male celebs. 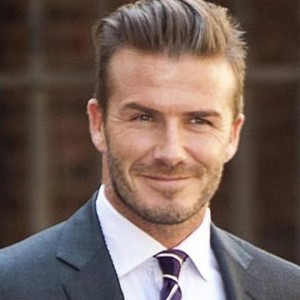 There really is no one else we could we possibly start off with than the king of style himself – Mr David Beckham. Becks has created more fashion styles and images than most of us have had hot dinners, but his grooming preferences have pretty much stayed consistent throughout. Becks currently sports a very vintage meets rugged image, with the old 1950s combed back hair style coupled with the more modern and rugged designer beard. Becks just seems to get more finely groomed with age, which can leave us all feeling a little sick!

See Also: Why David Beckham is a Style Icon

Gerard Butler has this annoying habit of looking extremely cool with minimum fuss. The Scottish actor recently took home the title of being the United Kingdom’s best groomed celebrity male, receiving over 32% of votes. There is nothing gimmicky about Butler’s grooming style – he keeps it simple and fresh with a modern hair style coupled with the rugged light facial hair. Gerard Butler has fast become an exceptional grooming template for men in their 30s and 40s to replicate. 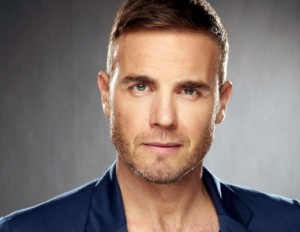 The addition of the Take That front man may surprise a few readers, but whatever your thoughts on Gary Barlow, no one can deny he is masterfully groomed. With the rise of the beard, it is no surprise that, like the previous two celebrities mentioned here, Barlow also sports designer facial hair to go with his classic comb over hairstyle. If there’s one thing you should really envy about Mr Barlow, it’s his skin. Gary Barlow has an exceptional skin complexion which wasn’t always evident in his earlier years – so if you’re looking to improve your complexion, you’d better start using good skin care products. 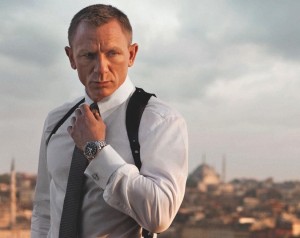 No one pulls of a tailored suit quite like James Bond himself. Daniel Craig has become a modern grooming icon for men in their 40s with his classy style and sophistication. The 007 actor is more finely groomed than the celebrities previous mentioned on here. Craig’s super clean cut image and short cropped hair accentuates his sharply chiselled jawline. If you’re looking to replicate Daniel Craig in any way, shape or form, then keep your hair short, shave regularly and don’t forget to use plenty of skin care products.

The Portuguese superstar is probably the most controversial addition to this list – The world footballer of the year seems to get more finely groomed with each passing season. If there’s a grooming product out there then you can bet your bottom dollar Cristiano Ronaldo has used it. Fake tans, toning moisturizers and excessive hair products are just a few of the products that the clean-shaven footballer has used, and we don’t expect him to stop now. Love it or hate it, whatever your thoughts on the CR7 look, we really wouldn’t have him any other way.
Follow Male Extravaganza on Bloglovin

About the Author: Omar

Founder & Owner of Your Next Remedy - a successful e-Retailer that specialises in men's grooming and beauty products. Chief writer for The Male Grooming Review - one of the UK's leading men's beauty and lifestyle blogs.