A Classic Treat From The Italians: Maserati’s 100th Anniversary

A Classic Treat From The Italians: Maserati’s 100th Anniversary

Italian sports cars, whether you are 14 or 41 they are an essential part of every man’s dream. Ferrari, Lamborghini, Pagani who wouldn’t want one, right? But when we think of the Italian auto exotica, we often tend to forget one brand, older than all the three mentioned above – Maserati.

Last year marked the 100th anniversary of the manufacturer and the celebrations have been going on all year long throughout the globe. Museum displays, gatherings, historical trips, there is something for everyone. But enough with the festivities, let’s see where it all began.

Like most Italian car makers, Maserati was also a family business, born out of pure passion for cars and driving. It was founded on 1 December 1914, in Bologna, by three of the Maserati brothers – Alfieri, Ettore and Ernesto. In it’s history it was owned by several people and manufacturers (the Adolfo Orsi family, Citroen, Alejandro de Tomaso, Fiat, Ferrari), today the brand is part of the Fiat Group, alongside Alfa Romeo and Abarth. The company logo – the trident, is based on the statue of Neptune in Bologna, it’s a symbol of strength and vigor. The colors of Maserati – red and blue, are chosen from the banner of Bologna.

Throughout the years, Maserati has participated in various forms of motorsports, winning the Targa Florio (iItalian endurance race, held in the mountains of Sicily near Palermo) in 1926, the Italian Grand Prix in Monza in 1930 and Indianapolis 500 in 1939 and 1940.

One of the classics

The company made a lot of iconic cars like the 8 CM, the 250 F, the 150 GT, the Quattroporte, the Bora and many more. One of these all time greats, is the 1956 Maserati A6 GCS Frua Spyder. Styled by Pietro Frua, one of the leading Italian car designers of the 1950s and 1960s. It has a straight six naturally aspirated 2.0 litre engine, delivering 170 BHP, 5-speed manual transmission and a design with distinctive details and sporty look, combining timeless elegance and unique style. 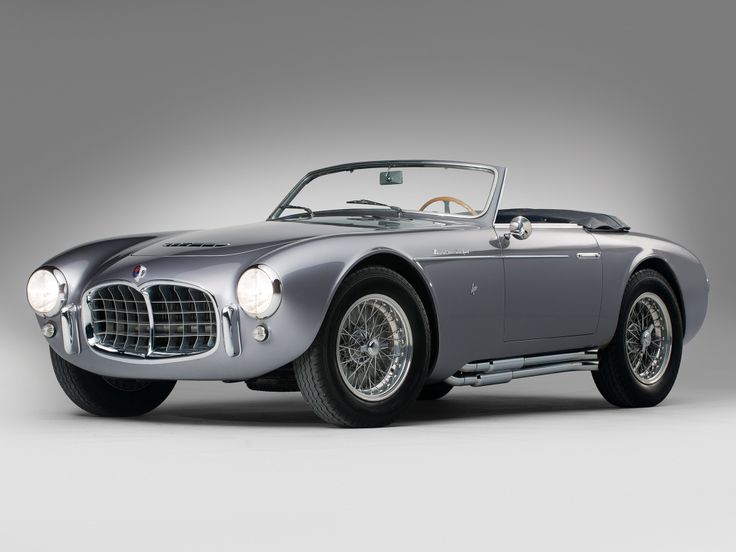 It is believed that three of these Spyder bodies were built, one of which was fitted to A6GCS chassis and delivered to dealer Guglielmo Dei, of Rome, who delivered it to an American client in early 1954. The other two were mounted on A6GCS chassis as well, but they were engineered with a different engine. 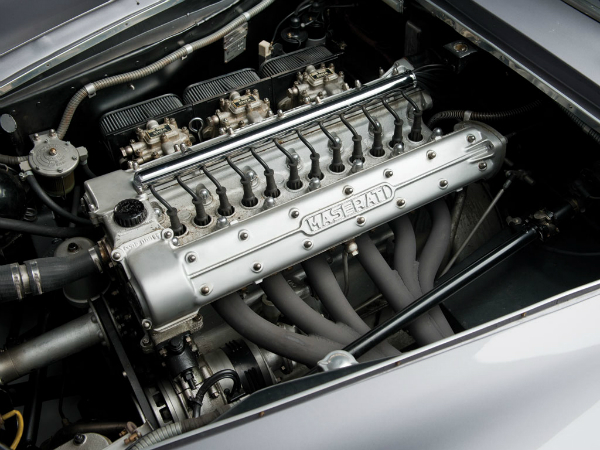 The car was fitted out with a chromed side exhaust, emerging from behind the front wheels, down the body on the driver’s side. Reminding of earlier Maserati racing cars, it added an additional element of drama to the design. The restoration job was made by the specialist Wayne Obry’s Motion Products. His hard work resulted in glass-like light silver-blue paint, a tailored blue leather interior with royal blue carpets and deep chrome. The dashboard is elegant and simple, with clear, easy-to-read Jaeger instruments. The car recalls the best of the coachbuilt classics and the fury of the 1950s sporting barchetta at the same glorious time. 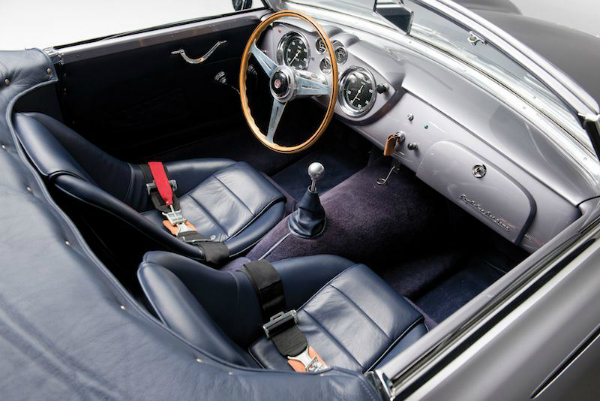 Despite being one of the smaller Italian car companies, Maserati keep making cars in their own unique way, being not too flashy and out there, expressing their own view of the perfect, luxury, Italian sports car.