The world cup in Brazil was regarded by many as the best ever. Over a four week period we were spoiled with stunning goals, giant killing upsets and nail-biting drama at the very highest level. As much as Germany were worthy winners of the prize, here’s a quick look at what football players from the tournament made it onto the ‘Best Groomed Footballers At The World Cup 2014’ list. 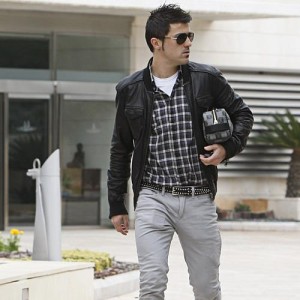 David Villa would probably have wished for a better end to his international career with Spain crashing out at the group stages, but the Spanish forward can at least take some pride in his exceptionally groomed image. With his neat and tidily groomed hair and designer stubble, you would certainly think that David Villa isn’t short of grooming admirers. 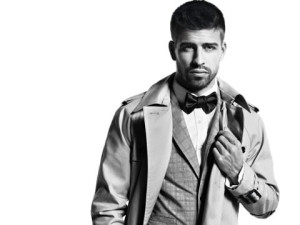 Another Spaniard makes it into the best groomed celebrities at the world cup 2014, and no one can really argue with this addition, jumping in at number 4 on the list. Gerard Pique has a cool, contemporary image with heavy stubble coupled with a neatly quiffed hair style. The Spanish defender may have flopped at this world cup he’s not shown any evidence of that affecting his grooming routine. 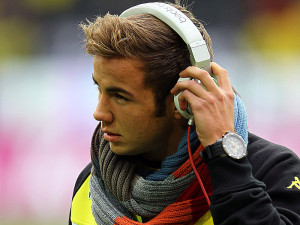 This baby-faced assassin scored the most important goal of his life by helping Germany lift the world cup, and it certainly didn’t do much harm for his marketing appeal. Mario Gotze has shown us some rather skillful grooming skills off the field that actually mirrors his playing style on the pitch. Neat, clean, tidy, attractive and simple are words that can describe the German striker as both a footballing and grooming icon. 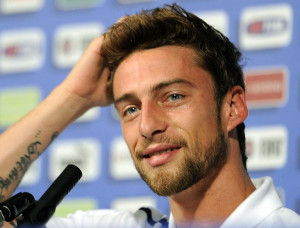 Can a man get any more perfectly groomed than the Italian stallion himself, Claudio Marchisio? Let’s face it, if Marchisio wasn’t a very talented footballer then he’d probably be an Armani model. The Juventus midfielder has the lot – dreamy blue eyes, impeccable skin, a chiselled jawline and the designer stubble to make us all rather sick with envy. With Italy crashing out of the tournament so early, it will certainly give Marchisio plenty of time to keep himself groomed for the new football season ahead. 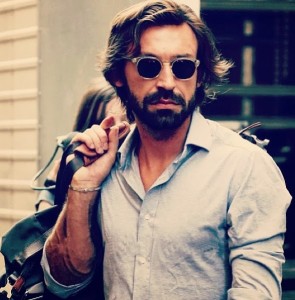 Was there ever any doubt who would top this list? Andrea Pirlo is simply the God of style and grooming. The Italian magician, from his hair style, beard, skin and classy dress-sense, is groomed flawlessly from hair to toe. With his long wavy hair to his iconic bushy beard, Andrea Pirlo oozes class and sophistication that most of us can only look at in awe. Pirlo also has a fondness for writing and wine tasting…demonstrating that he has a rather intelligent mind off the football field as well as on it.

If you’ve been inspired by any of these footballers and their grooming techniques, then be sure to read the popular Grooming Journal, for essential grooming tips, advice and product recommendations.

About the Author: Omar

Founder & Owner of Your Next Remedy - a successful e-Retailer that specialises in men's grooming and beauty products. Chief writer for The Male Grooming Review - one of the UK's leading men's beauty and lifestyle blogs.