With the start of the new year, car companies tend to show us their new models and the direction of their future design and progress. That is the case with the all new Mazda MX-5, presented at the Paris Motor Show in October last year, it showed the world the fourth generation of this legendary roadster. 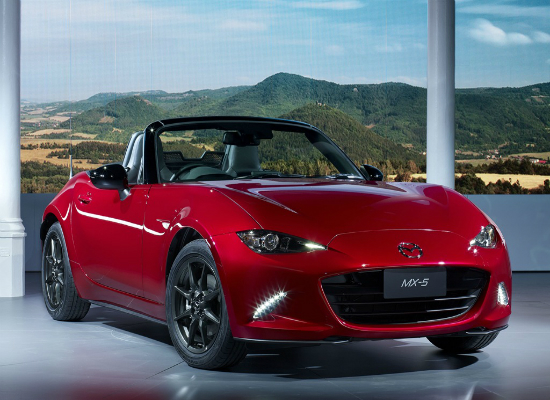 Unlike most manufacturers, Mazda had stayed true to the traditional small convertible recipe – small and light body, nimble steering, moderate power. That is why the body is made largely of aluminium, the center of gravity has dropped, the car itself is 100 kilograms lighter than it’s predecessor and it’s 105mm shorter as well as lower. The engines will be 4 cylinder 1.5 litres and 2.0 litres from Mazda’s SkyActiv petrol line. It’s rumored that the 2.0 litre will have around 165 BHP at the rear wheels with a six-speed manual gearbox. As with the other generations, the purpose of the new MX-5 is to offer the ultimate driving pleasure that only a lightweight sports car can deliver. The engineers wanted the car and the driver to be connected as one in perfect harmony.

The MkIV MX-5 was designed to flatter the people inside it, Mazda used their KODO design language, which can also be seen in the designs of the new Mazda 6 and 3. The proportions of the car make the driver and the passenger stand out, the sitting position is further back and lower, the front of the car is sharp and more aggressive than it’s predecessor. The team behind the car wanted it to keep the spirit of the other generations, so the car is very simple and basic but desirable. 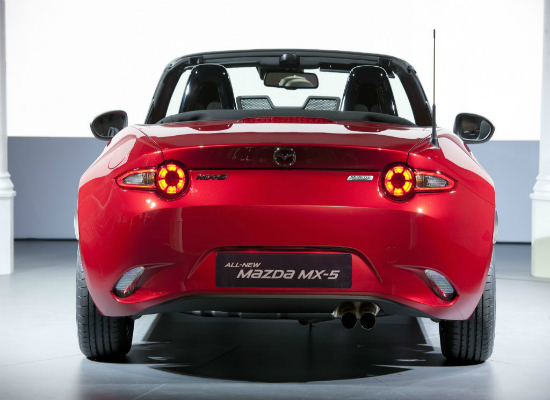 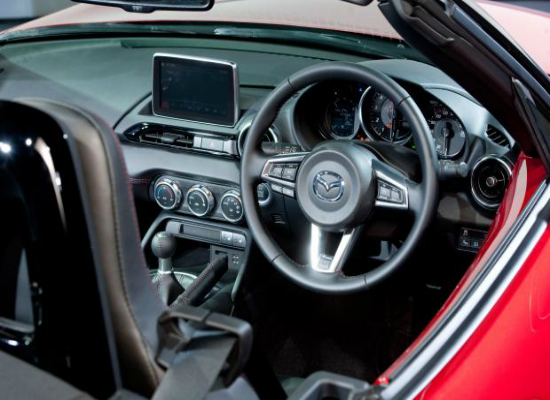 As of July 2014 the production of the MX-5 has reached nearly 1 million units (940 000) and it continues to hold the Guiness World Record for the best-selling two-seater sports car. Also at the 2014 SEMA show in Las Vegas, Mazda announced that the MX-5 will enter a new ‘Global Cup’ racing series held across North America, Europe and Asia starting in 2016. The culmination at the end of the season will be a ‘Global Shootout’ at the Laguna Seca racetrack in California to crown the champion. 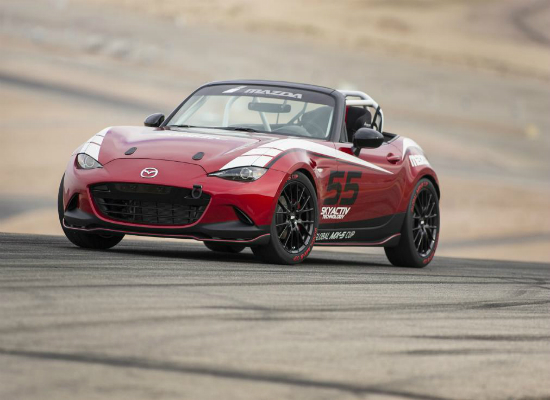 Even though it’s expected in March this year, this new roadster is bringing big lumps of excitement in the motor world, there are even first glances in the internet of tuned-up versions. With the latest MX-5, Mazda shows us that really the best ideas are the simplest and that you don’t need fancy electronics or big power to experience the open top driving thrill. Beautiful, light body, compactness, great handling – that is all you can ask for whether you have the open road all to yourself or sneak through town, minding your own business.