10 Best Dressed Gentlemen At The Oscars 2015

10 Best Dressed Gentlemen At The Oscars 2015

The hot flash of the cameras signaled it all. The ankle peeks out of the jet black limousine, its glossy facade shimmering in the limelights. The first one enters. “What are they wearing?“ “Who designed your dress?“ “Who is she, who is she?“ the paparazzi hallow, like vultures to their prey, they descend upon the plush, scarlet red carpet. The building looms in the background, housing a cornucopia of multi-media talent. Acting to singing, directing to stagecraft. It is the one, the only, the 87th Academy Awards Ceremony. Or, as it is more commonly shortened to, the 2015 Oscars.

As the Oscar Da La Renta silk, A-necklines dressed grab the attention of the red carpet trend hungry photographers, the men of the Red Carpet often find themselves in the shadows of the leading maidens. Armies of stitches, tailors, steamers and more lead the stylish frontier for the men, bespoke dinner jacket in hand, ready to do battle.

With the eyebrows impeccably shaped, aftershave spritzed and hair nonchalantly styled, we are here to present: 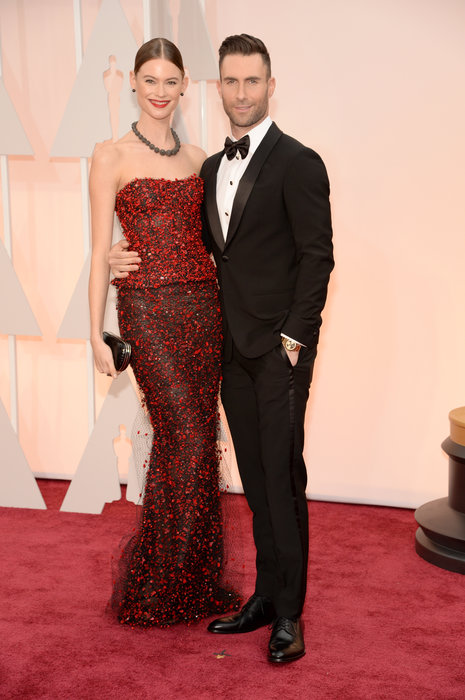 Could a man be a woman’s best accessory on the red carpet? For the case of Adam Levine‘s roughcast features, the thought rings true. Infamously, award ceremonies are affronted by a monochromatic blur of tailored dinner jacket ensembles, and Adam Levine, donned a lavish tuxedo to supplement nicely against the succulent surroundings of the ceremony, and to also not draw too much attention from his wife, Behati Prinsloo. The satin stripe trickling down the leg forms a semblance with the satin shawl lapel. 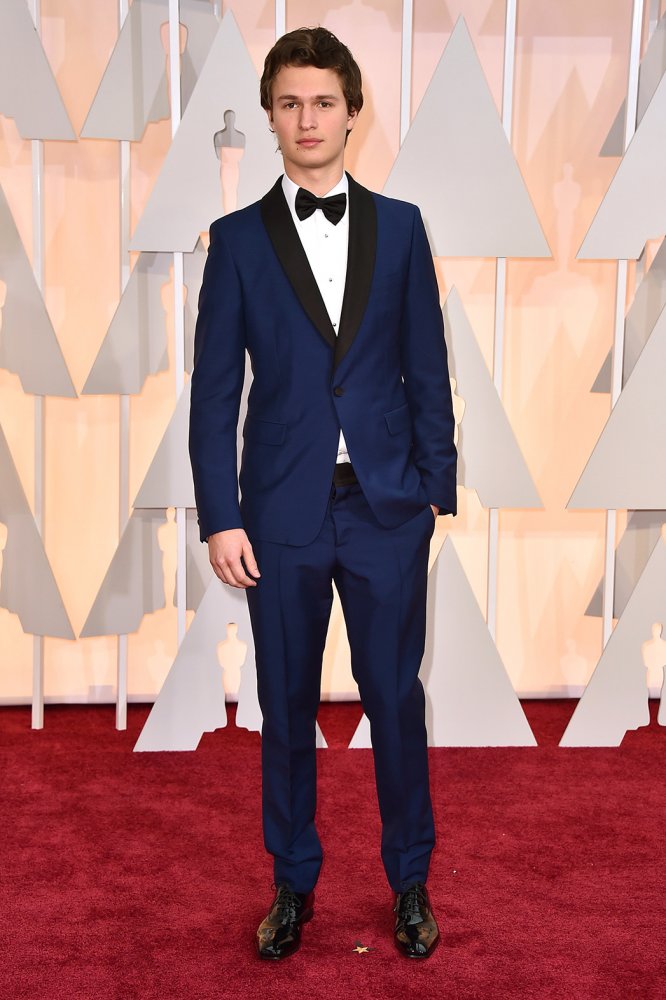 Ansel Englort. Following his role as Augustus Waters from ‘the Fault In Our Stars’ still stitched into his career, Englort chooses to match the colour of the tears that the young ladies who watched the movie shed; blue. A subtle aleration in hue, blue imbues into an assemble a soft decadence that moves beyond the rigid traditions of black and white and instead, imparts a sense of the contemporary into a suited playground typically dominated by monochrome. The black shawl lapel of the Prada suit lends its aesthetics to a re-worked and still equally debauchrous 20s era. 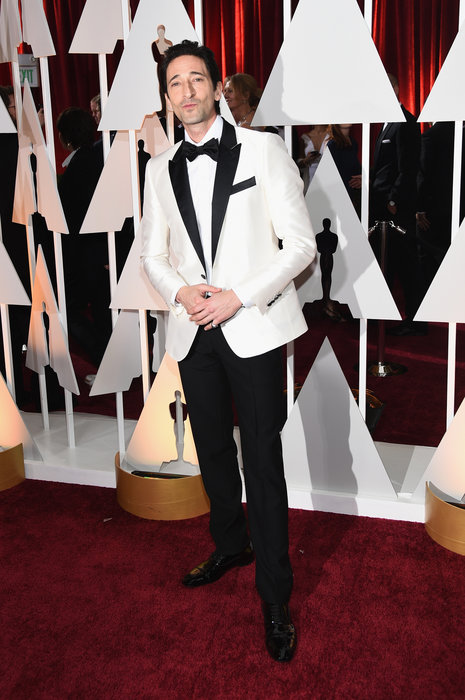 The simple reversion of colour can sometimes be more of a statement than anything could. The white tuxedo jacket can be difficult for men, conventionally associated with stiff, upper-class affairs of the white-tailed occasion. Adrien Brody demonstrates how confidence can be a man’s greatest accessory, being unafraid to attire yourself in something culturally untamed or opaque is all that is required to convert a tragedy into a striking and effortless outfit. 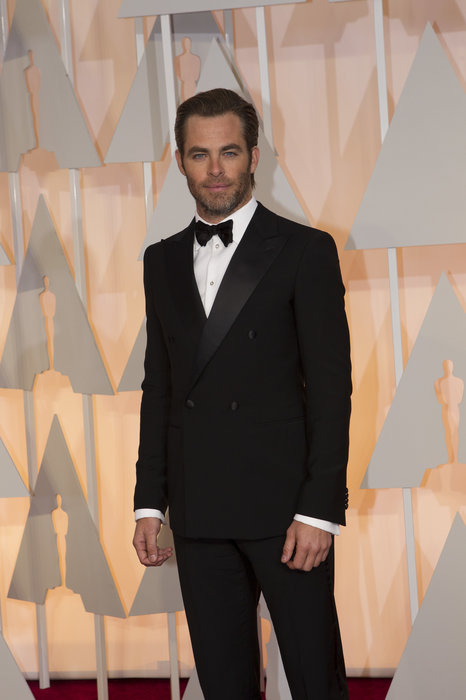 Working with your body shape and type, or in other words, the fit, is a rule tantamount to those plodding through the streets of Savile Row. Chris Pine embraces exactly this. Double breasted suit jackets are designed to accentuate the boxier frame, the drawn out lapels and sturdier shoulder accentuate a muscular and broader frame. The velvet bow tie is playful,  sitting aloft on his Zegna suit, the carousel of differing materials and textual offerings capture the  fluidity of following not styles or conventions, but instead following what works best for you. 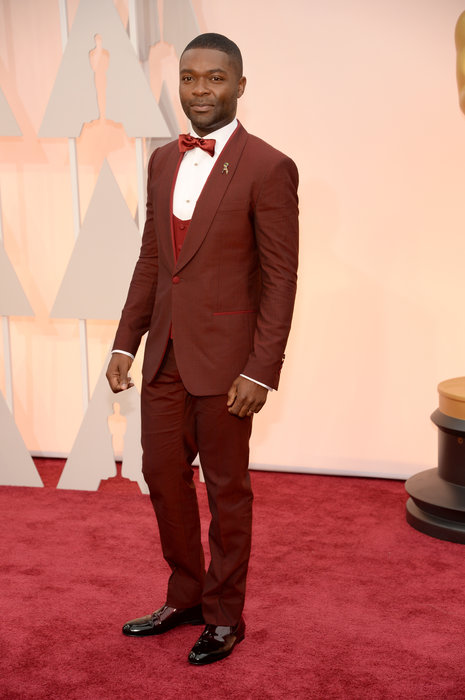 A wine coloured, Dolce and Gabbana three piece suit would be scarcely seen in the Oscars of the 30s. Yet, David Oyelowo does just that. Daringly opting for an outfit of this nature leads to all eyes being immediately magnetized his way.

Talking about dressign impecabily, learn How To Spot Quality In Men’s Dress Shoes 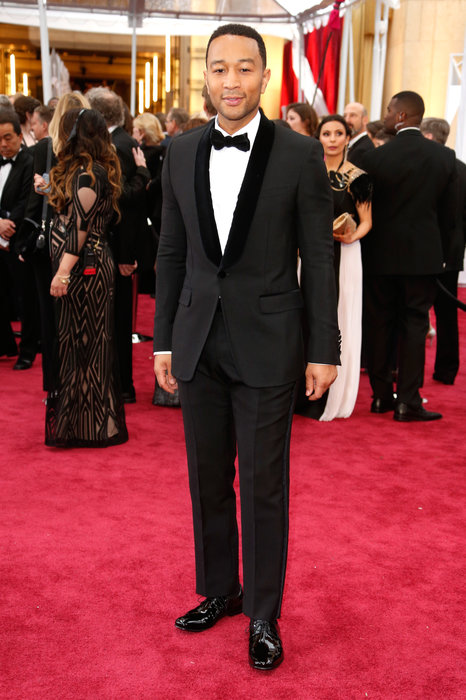 John Legend, the ‘All of Me’ singer, exemplifies sartorial brilliance, With close attention to fit, the accessibility of the suit garners applause. The Gucci tag does not need to rely on its brand capital to exude its classicism. Legend borrows from the sartorial rule book, with the velvet bow tie stubbly residing on his crisp and minimal ensemble. 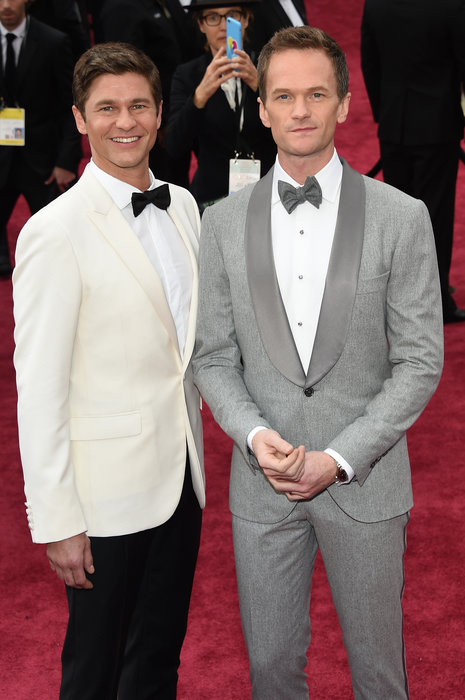 The host of the evening gamboled and frolicked the red carpet in a charcoal grey suit. Like many of the other actors, Neil Patrick Harris chose a bow tie to accessorsise, the tightly knotted one adds a perky caper aesthetic to the suit, reflecting Harris’ own peppy mien. Having your suit be not a shell to conceal, but something that strengthens and decorates your personality. 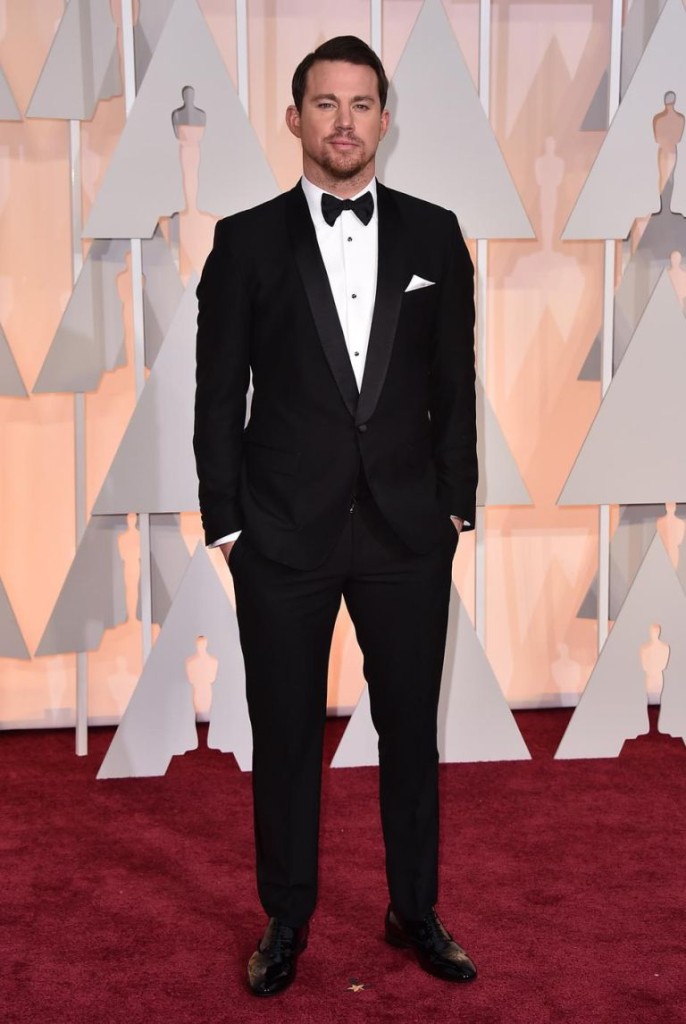 Channing Tatum’s classic look is dappery masculine. The Gucci structure cements Channing’s astounding frame and body. A white pocket square peeks out of his chest, drawing attention to his physique. 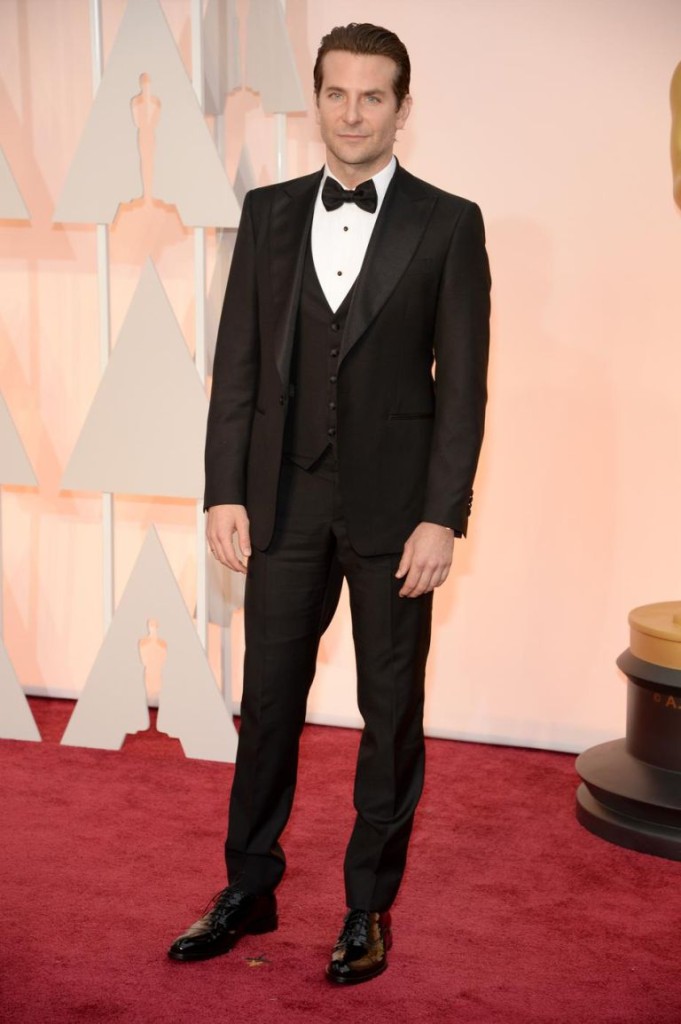 When so much focus is payed to the suit, you must be careful not to forget the wearer themselves. Bradley Cooper’s classic dinner suit is safe, yet, he goes against the more messy and wild hairs of his co-stars and goes instead for a slicked back hairstyle. 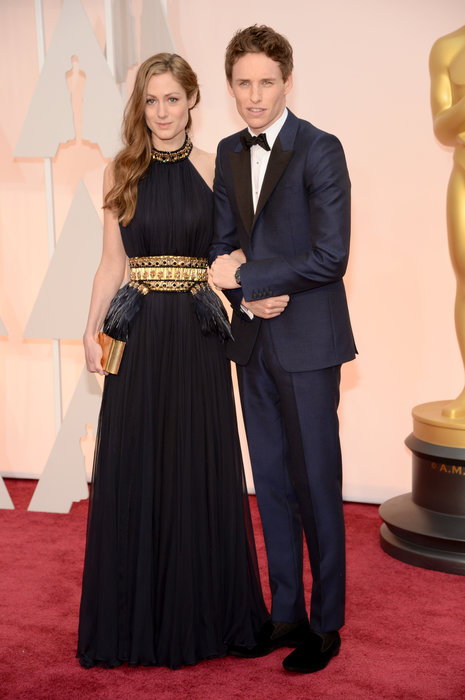 A rich tone of navy is all that it takes for Eddie Redmayne to be dubbed as Best Dressed by spectators alike. An Alexander McQueen suit extends itself to radical borders, the notch lapel is inkly black, the slippers are a gooey velvet. Redmayne frisks the  traditons of Award Cremonies and is iconic in doing so. If there’s one man who can pull of this look, it’s Eddie Redmayne.

The awards have been given out, the speeches uttered, but there is one award left: who would you award for being the Best Dressed of the 87th Academy Awards?