A crooked smile. The soft jawline that oscillates the face. The flicker of the red speckled badge on the lapel. With the marbled shearling jacket perched on top of his boyish frame in the indie hit ‘Brick‘, or the apparent lack of clothes, sans a smudged baseball vest, in another early noughties camouflaged classic, ‘Mysterious Skin‘, the Californian actor Joseph Gordon-Levitt has a style that matches his playfully masculine personality.

Sporting a not so exactly sporty frame, Joseph’s slender silhouette is astutely understood by the actor, who’s roles are as diverse as his clothing selection. From a dream hopper to a delicate new kid who dips into the shark infested waters of high school. Levitt has swerved his build onto the covers of GQ and Esquire, most likely for his known sense of uniformed fashion. That is to say, he keeps his attire simple and cleanly consistent throughout. His style, whilst not fervently adventurous, still sways from the trends and perches into its own. 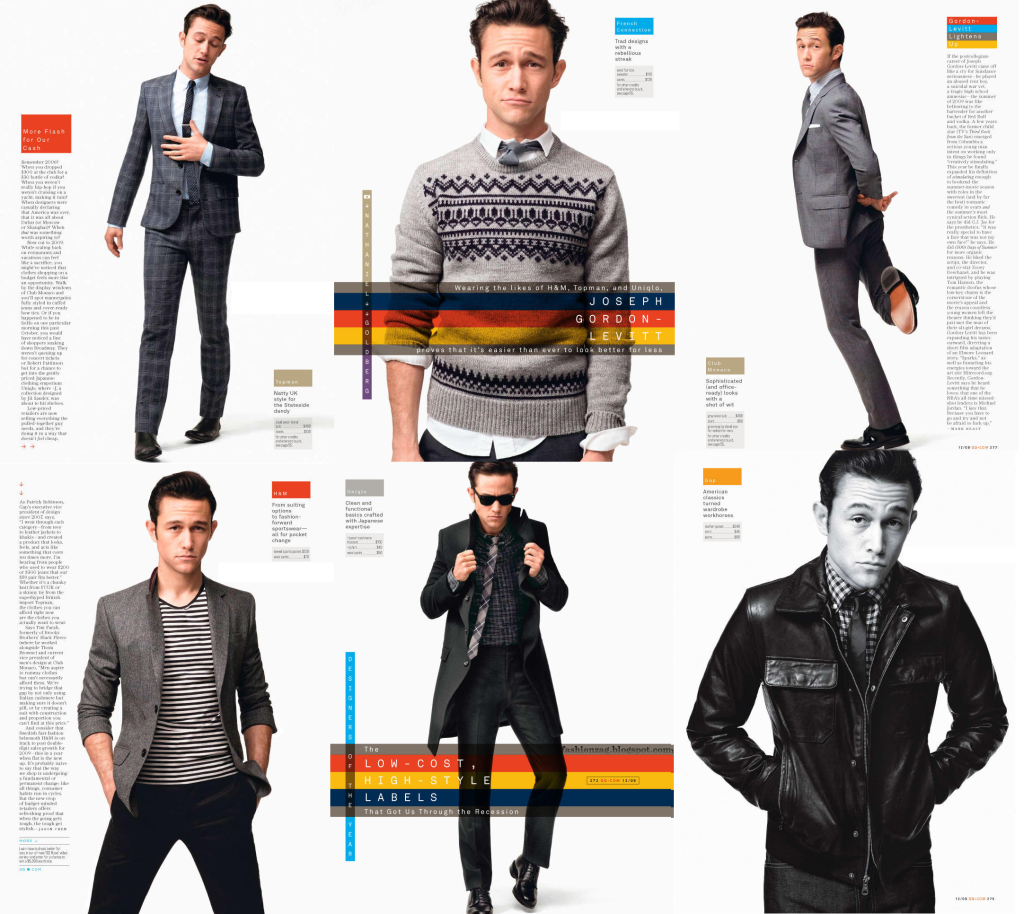 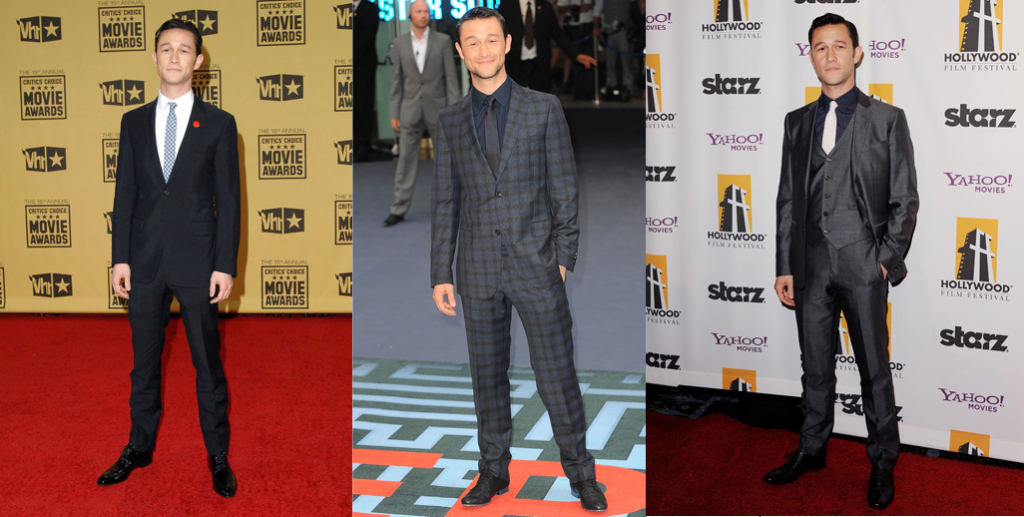 From the onset of 2009, the year became characterised a departure from Joseph’s buoyantly long hair into a tidier, more controlled aesthetic. Levitt’s signature expression is one of sticking to set of clothes but never being afraid to pinch a sprinkle of uniqueness into his looks. This can be a smooth way of developing your own style, by lingering within the safety of staples but introducing adventurous pieces in small doses.

His drops of difference swim like dew on the grey pavement that makes up his suits. Or in other words, Joseph keeps it formal. In his suits for GQ and Esquire – magazines that make up the blueprint of the modern gentleman – his quirky details are a tonic for stuffy suiting. Rolling up sleeves and opting for youthful skinny ties keep his outfits fresh and ecstatic. Keeping his formal wear relaxed makes formality less stiff, as if a blazer isn’t donned, a jumper or waistcoat with or without a tie is swapped over.

The suits themselves slip down the eye. Typically slim fitting, the padded shoulders and wider lapels aid in broadening his slimmer body shape, which is only strengthened by his penchant for three-piece suits and skinny ties. His formal wear is a playground for eccentricity, with Joseph often mixing and matching patterns and textures translates into a soft statement for the garish cacophony of the red carpet. 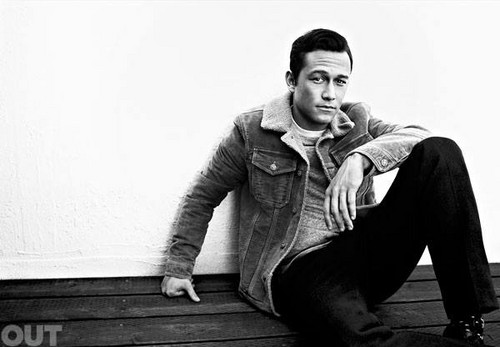 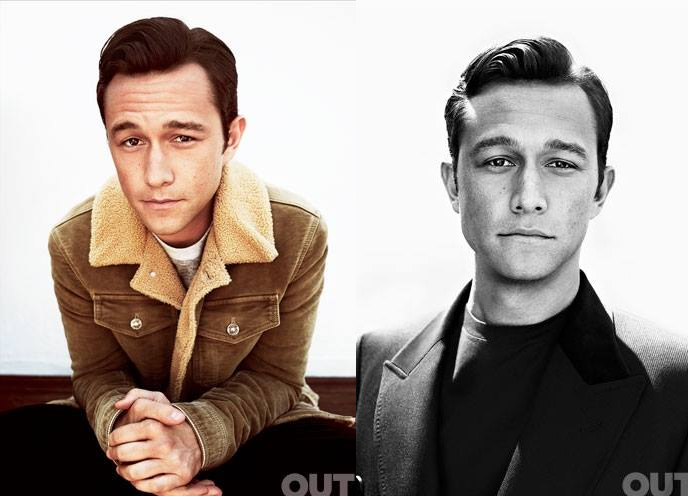 Consistency is definitely Joseph’s strongest point. His casual wear is one of muted masculinity, one in which almost every man can pull off. When taking such minimally embellished garments, the fit is instrumental. The tees lightly squeeze his torso, they do not billow out and cause his sihouette to swell. As does the jeans that caress the legs, fitted jeans will do. Nothing flashy, perhaps a pop of colour here and there. Casual style in the eyes of Joseph is muzzled and protected, the outfits have no need to shout for attention, a streamlined pastille of t-shirts, jeans and trainers is all that is needed.

In his photoshoot for OUT magazine, the versatility of Joseph’s look is made clear. Subdues tees and tailored trousers are matched with rugged and silken outerwear is hugged over them. Signature pieces in your casual wardrobe can easily be built into a capsule wardrobe, a small and condensed go-to confluence of pieces. 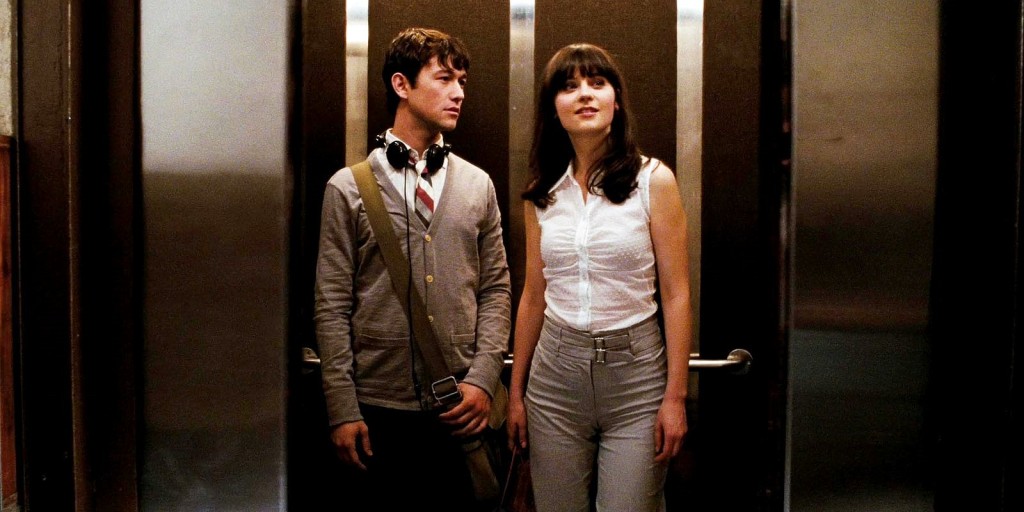 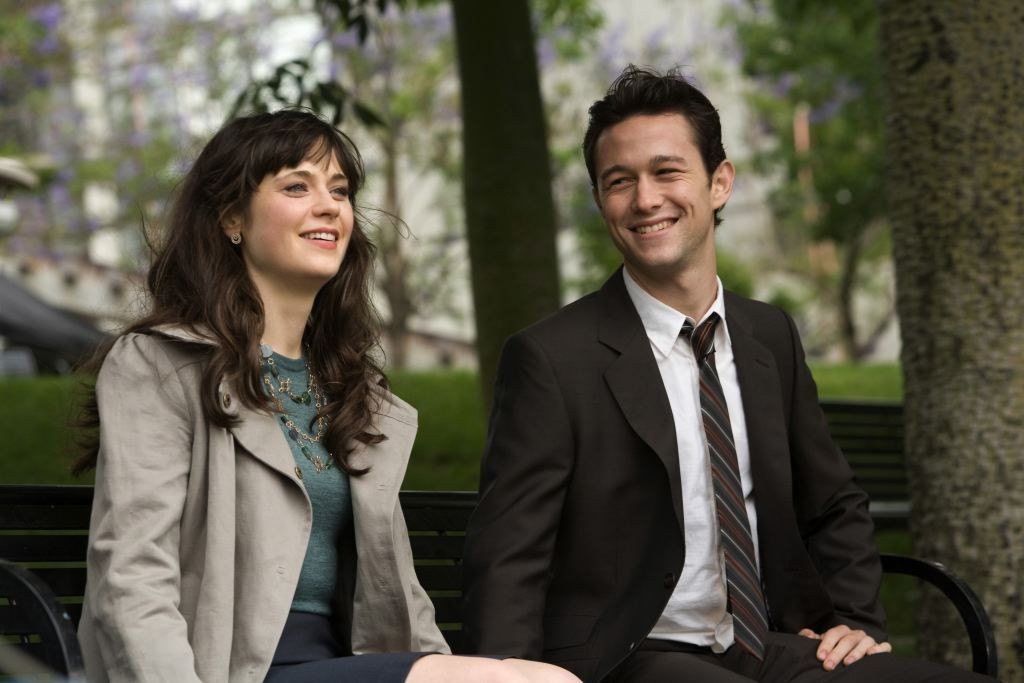 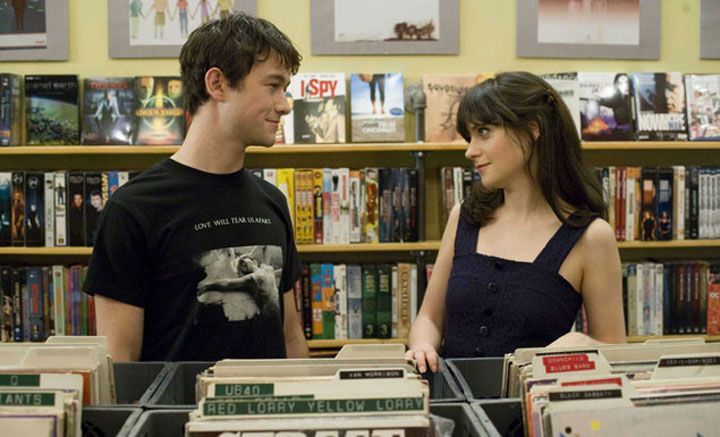 (500) Days of Summer was 500 days of style. An earthy palette of neutral tones and pieces ground together the classic ensembles that Joseph’s character wore. What differs from the conventional romantic-comedy movie here is that the hero is relatable.

Not a rich millionaire, nor a rock-star legend, Tom’s style is one of flexible basics paired with colour in mind. The American prep look is easily accessible to guy and gentleman a like. with Oxford cloth shirts, chinos, cardigans and ties or a graphic tee is the dozy everyday wear of Tom.

Joseph Gordon-Levitt’s wardrobe is effortless. To replicate the look, a capsule confluence of basic pieces can easily be throng together from most high-street stores, though, opting to go for investment, albeit, pricier pieces may be wiser. Many of Levitt’s wares are transferable and easily re-wearable, all can be interchangeably worn with each-other, rather fluidly.

At its core, oxford shirts, casual blazers, skinny ties, fitted jeans and oxford shoes and sneakers define the day to day outfits of the actor.

Joseph Gordon-Levitt was once not held highly in the style charts, but as his career has amassed the gold and glint of the awards, as has his style. His style may not be as radiantly glittery as the Oscars he has won, yet, his tamed approach to tailoring of classics combined with a blossoming attention to details through accessories and fit.

A style that can be achieved by the average Joe and sartorial peacock in an effortless weekend manner is difficult to source; Joseph pulls of a nonchalant confidence that does not beseech attention from all that gaze upon him. I guess it seems that it wasn’t just the Dark Knight that rose, but Joseph’s style did, too. 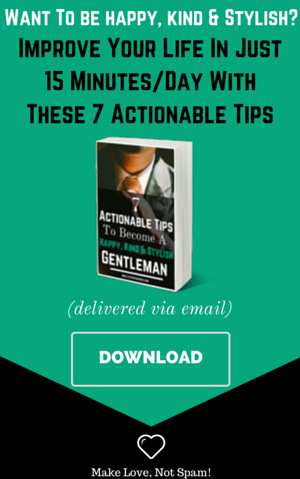