The 4 Types of Red Wine

The 4 Types of Red Wine

“Which bottle of red wine should I order?” – ever had this thought? Well, I’m here to clear up some details for you. Hope you’ll enjoy it.

One good thing about picking the right bottle of wine, is that you don’t have to be a connoisseur. Picking the best wine that suits the occasion is a walk in the park. Or maybe a ride in the car. Whichever you prefer.

Sounds familiar doesn’t it? That’s because it’s the best known red wine variety. How do you recognize it in a glass? It has a dark red color, it’s a little thick when you taste it – because of its higher concentration of alcohol and tannin, and it either tastes like dark fruit (if the grapes were grown in colder areas) or red fruit (if the grapes were grown in hotter climates).

When should you order it? When eating red meats – like steaks, venison, pork ribs, mushrooms, or even pizza! Cabernet Sauvignon goes great for business meetings and other social gatherings.

Remember! Because you don’t want the wine to lose its flavor, don’t pair it with chocolate. Ever!

The Merlot. Probably just as known as the Cabernet Sauvignon, not as bold, and with a smoother taste. Based on its provenance, we have “cold climate Merlot” and “hot climate Merlot”. There’s a difference.

When should you order it? When eating light meals, such as chicken, duck, or turkey. You can even pair it with darker, red meat, as long as its not spicy.

Remember! You don’t want your Merlot to lose all its flavor, do you? If you don’t, then you shouldn’t mix it with spicy foods. 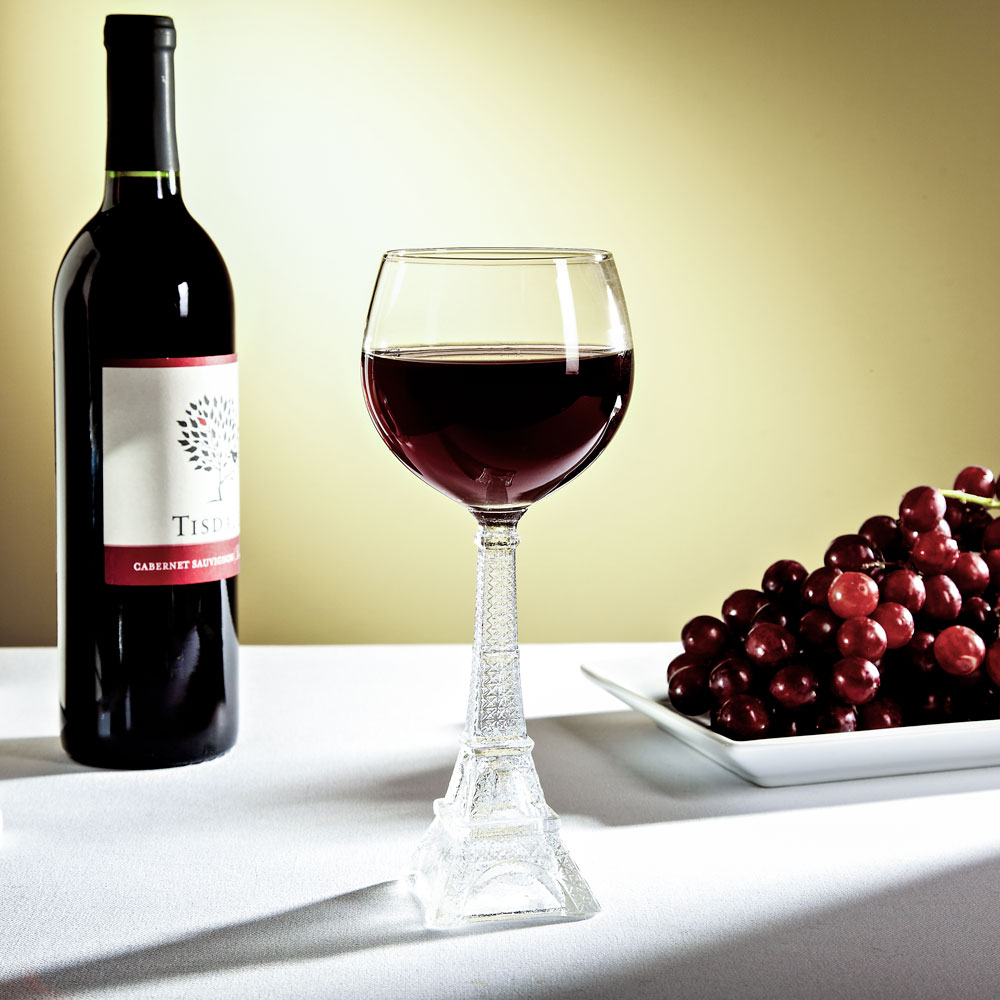 Probably less known that the first two, most of the Malbec varieties come from Argentina and France. When you first taste a variety of Malbec, it will leave a sweet black fruit taste in your mouth. The color? One of the darkest reds. If you want to impress your girl with some red wine knowledge, here’s a tip: most Malbec varieties have a very bright magenta rim after you pour them in a wine glass. She’ll be impressed by the color.

When should you order a bottle of Malbec? I recommend dark meat and light meat, such as beef, lamb, ostrich, duck, and maybe even chicken. It also goes great with vegetables and mushrooms.

Second Tip: Try it with blue cheese as well!

This is one of my favorites. It has a strong fruity taste, that wares off rather quickly, leaving a sweet pepper-like aftertaste. Some American and Australian brands blend Syrah with Cabernet Sauvignon, in order to boost it’s fruity taste over a longer period of time. Think of Syrah as one of the darkest full-body wines on the market.

What types of food does it go well with? Anything! Absolutely wonderful, isn’t it? Have a steak, have some pork ribs! Maybe have some friends over for some burgers or a barbecue. Don’t forget the fries.

Remember! Because it’s a spicier wine, don’t forget to spice up your foods!

You don’t like a night at the restaurant? Then maybe you should chose a relaxing, romantic night at home? Now, y’all know that a romantic night goes well with a perfect bottle of wine, and the greatest selection of music.