A man of style can come in many forms. Style, as vague as the term truly is, is not solely reserved for the ageing man refraining from jeans and chained to his ties. Singer-songwriter, rapper, designer and giant hat fanboy, Pharrell Williams bolsters the definition of variation. Pharrell cushions his busy lifestyle with a fashion sense that knows no boundaries.

Back in 2005, he was voted Best Dressed Man by Esquire, or in other words, Pharrell has invested his creative energies into clothing for many a decade. Flowing alongside his dress sense, Pharrell has followed the traditional river-flow of a celebrity designer but unlike some, has managed to execute it well; having personally founded his own clothing lines, the Billionaire Boys Club and ICECREAM. Unlike our previous style icons, Pharrell Williams dresses in a comparatively more casual and contemporary manner. His clothing designs concentrate on street-wear with an urban edge to it, concreting the clothing that he couldn’t afford when he was younger.

Williams’ personal style is kaleidoscopic. It escapes the conformity of trends and desires to mold its own. The greatest luxury available to men in today’s market is individuality, and Pharrell grasps this option. Using a mixture of colour and accessories, he lets his personality shine against generics. . 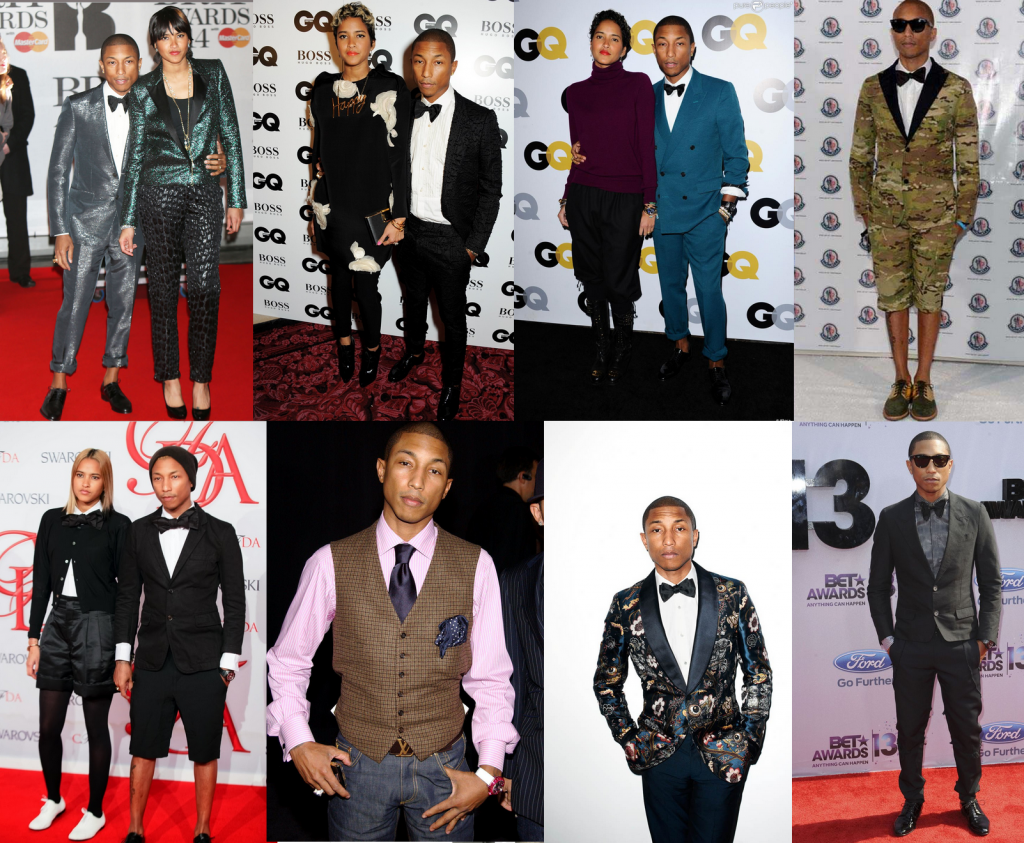 Pharrell Williams’ formal looks are overtly concerned with throwing together an eclectic mix of the avant-garde. Taking items and garments that are not traditionally associated with the red carpets; he wears short suits, patterned blazers, over-sized velour bow ties. There’s no need to deliberate whether something is the de rigeur, Pharrell doesn’t care less about conventions. There aren’t any specific rules about shape, colour or style, in his eyes. A lapel-less blazer, cuffed trousers, sockless shoes, varnished metallics; suits are a whimsical playground for experimentation for Pharrel WIlliams. 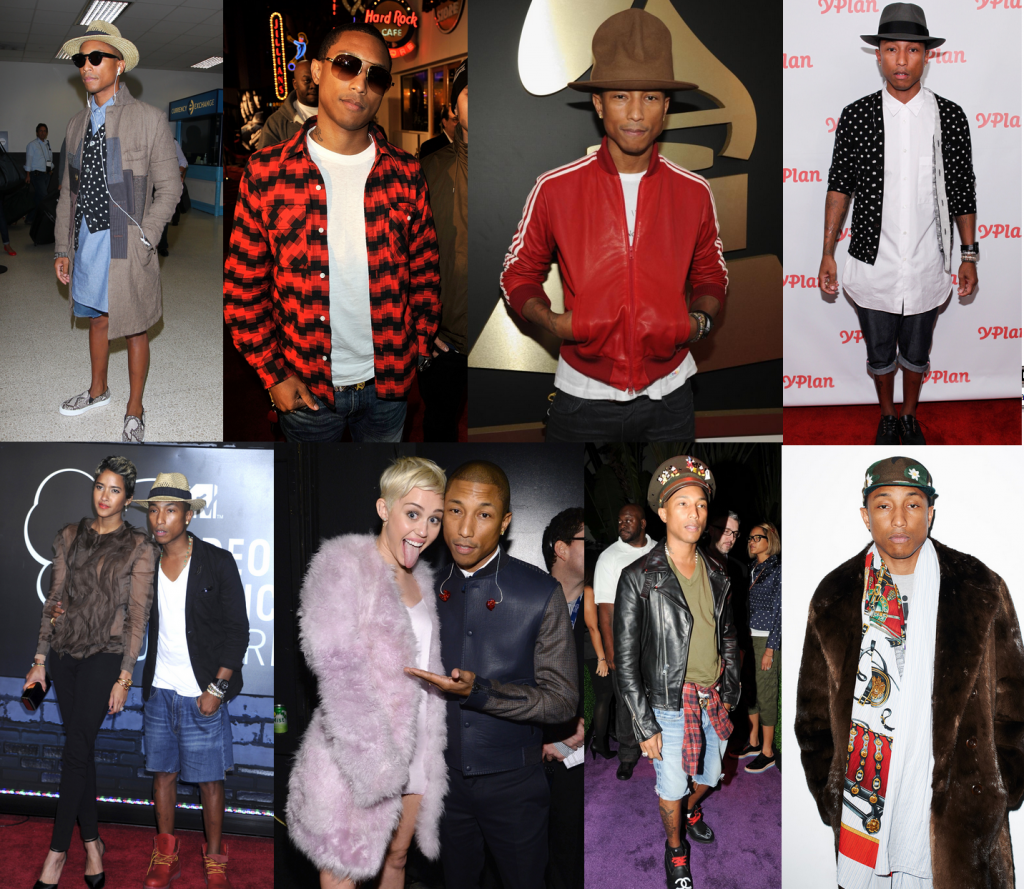 Hats, hats, and more hats. Pharrel’s style psyche plays on his urban routes, with his day-to-day wear being loose-fitting and comfortable. Straight cut jeans/denim shorts keep Williams’ outfits laid back and relaxed, touching on youthful details like tying a plaid shirt around his waist; a masculine combination. Yet, as the iconic ‘Buffalo hat’ demonstrates, Pharrell has a penchant for funky accessories. A colorful watch or tied neckerchief or a trucker hat, looking good through the little details is the key to Pharrell Williams’ casual-wear.

Right at its core, Pharrell Williams is the epitome of cool. He dresses in a way that tackles issues of conventions by incorporating innovative looks. A dominant theme in is his hybrid of juxtaposing styles blended together, a cocktail of individuality. He stands for youth and rebellion, and wears anything to do so.

Putting the men in womenswear. @Pharrell stepped out in another women’s style from the #RAWfortheOceans collection. pic.twitter.com/Yz2Xm0sNkO

OMG @Pharrell crying while accepting the “Innovator Award.” So many feels! #iHeartAwards — HOLLYWIRE (@HOLLYWIRE) May 2, 2014