London Collections: Men, now in its sixth season, encapsulates how menswear has accelerated dramatically in both popularity but also importance in recent years. Mostly as it continues to demonstrate that contemporary menswear has crashed into mainstream. LCM is a vibrant market of visionaries who stride to shift the boundaries of the once heavily restricted men’s fashion scene. Menswear has changed, and LCM provides men with a channel to find their own styles. Here are the top 4 trends from LCM: 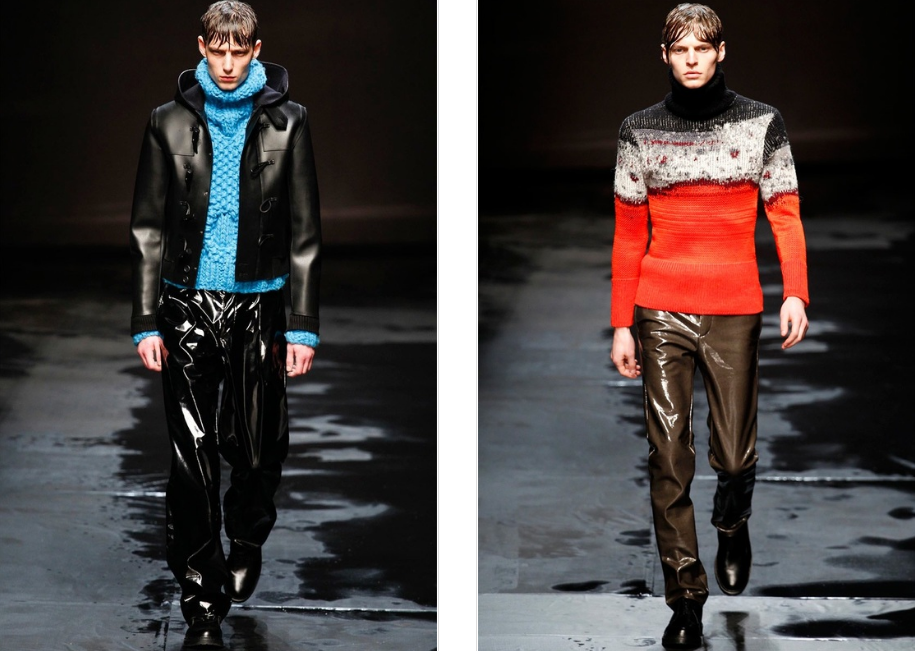 Typically synonymous with the Spring/Summer, colour is now being encouraged for the darker months too. Designers are no longer restrained by monochrome, Topman sought to paint an inky scene where radiant droplets of accents peeked out of the flurry of black PVC. The tradition of burgundies and mustards were smashed as vibrant blues, oranges and red showered onto the runway. By incorporating a loud, bold colour into a somber outfit, it can create a keen opportunity to express individuality against the usual boring scene of 50 shades of grey.

Lou Dalton batted against the wave of slim fitting this and painted on that by tailoring a collection for the giant. Oversized coats enveloped the models in almost every show, wool, cotton and even corduroy were the materials of choice. Dalton complimented the enshrouding fitted outerwear with wide-legged jeans, chunky boots and thick snoods. The oversized wears represents how menswear is changing and enables men to successfully communicate their own styles. 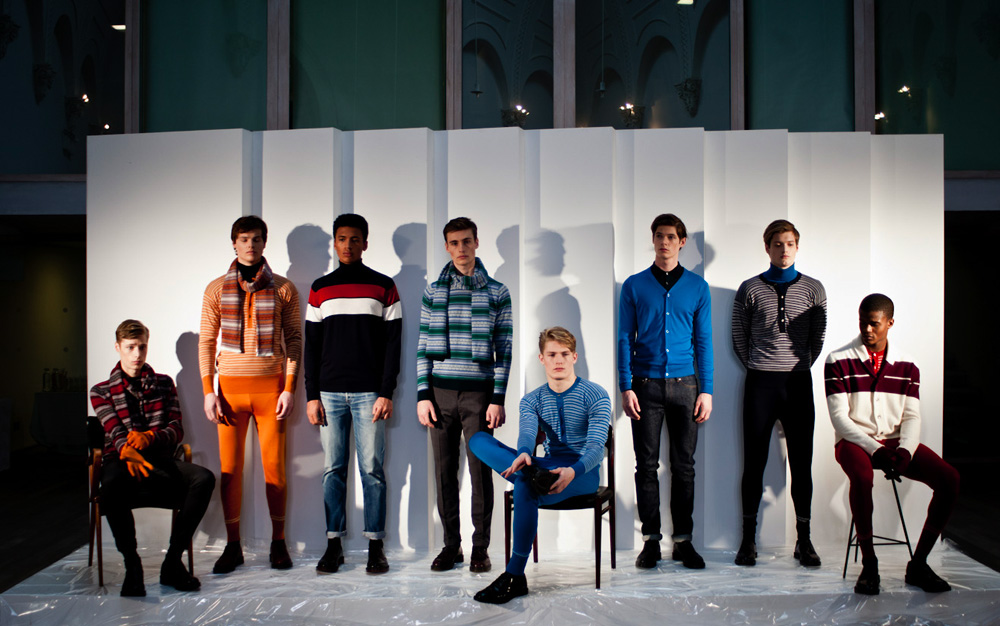 Ever since the 2012 Olympic games, Sportwear has taken the fashion scene by storm. John Smedley went for the gold by taking a slightly more casual approach to sports luxe, challenging the rules by offering a diverse and exciting intake of colourful jogging bottoms. But by being styled with forma ensembles, such as shirts and turtlenecks, the slightly 60s-themed display highlights that formality is not just what high-fashion is about. Even joggers can be trendy.

A preoccupation with reinvention was a key theme in LCM. As a method of appearing modern, designers often take older styles and dress them youthfully to capture an essence of modernity. A Sauvage’s collection was a journey across the 20th century, many looks addressed the 90s via varsity jackets and techno, vintage prints. The 60s were also illuminated, as Westwood-esque tartans and motorcycle jackets pummeled through the palatial runway. Velvet blazers were a playful 70s addition to the collection.

Autumn Winter 2014 is looking to be a rather playful and exciting year. Menswear is not as trend focused as womenswear. The male shopper is as scrupulous as any other consumer. This means that by offering a wide range of clothes – as LCM does – men can finally have the much coveted thing that women have had for years; choice.