Men of Style: How To Dress Like Harvey Specter from Suits

Men of Style: How To Dress Like Harvey Specter from Suits

Did you guys know that choosing a person whom you could look up to, in terms of style, might really help you improve your appearance? Dressing like Harvey Specter has never been easier. I always do my best to provide our readers with the ultimate solutions and tips in order for you to become the most hunted contemporary gentlemen.

When I said that choosing a person to look up to is a good idea, I didn’t necessarily refer to nowadays influencers, but also to stylish people whom you only get the chance to see on TV. Speaking of which, we could say that one of the best-dressed men characters from Hollywood at this particular moment is Harvey Specter, played by Gabriel Macht, the one and only star of the well-known American TV series – Suits. It is definitely a must-watch, mainly because you are style lovers. You wouldn’t read us if you weren’t, would you?

What Suits is All About

“The series is about a successful lawyer Harvey Specter (played by Gabriel Macht) who hires a prodigious young man, Mike Ross (played by Patrick J. Adams) who has passed the bar but has not actually attended law school. Specter tells his firm that Ross graduated from Harvard Law School when in fact the closest he ever got to the Ivy League was a campus tour he was told to take after he was hired so he can familiarize himself with culture of Harvard Law School.” – Forbes.com 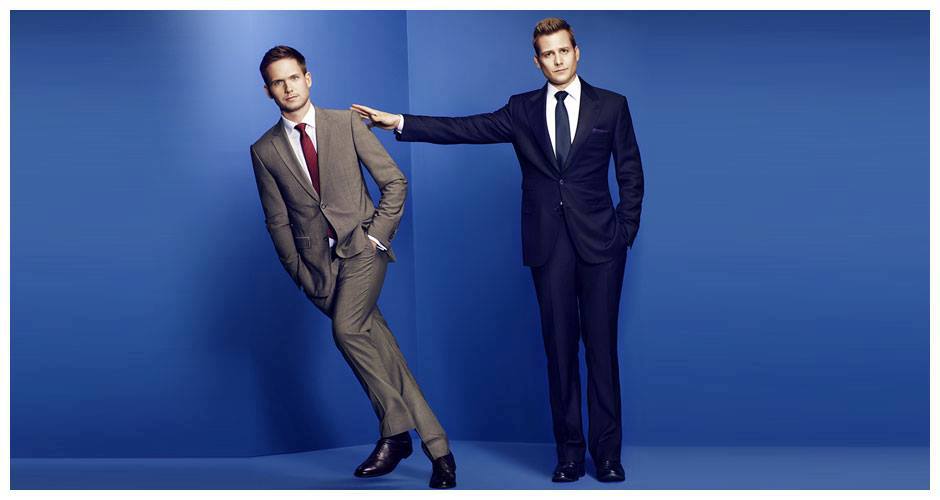 Can you really convey power and authority by what you choose to wear? This is one of the ancillary angles played to brilliant, if sometimes mocking, effect on USA Network’s show. Just to highlight a small example that comes to my mind at this moment: Harvey Specter feels disturbed by Ross’ cheap suits and skinny ties. “Get your skinny tie out of my face and get to work,” Specter tells his young associate. He sends him to his tailor to look more like the part of the Harvard grad en route to becoming a partner at a New York law firm. Then Mike Ross asks, “What does it matter how much I spend on suits?” Specter replies, “People respond to how you dress, so like it or not this is what you have to do.”

Even though we are talking about a TV series, I dare to say that this is another real-life sample, demonstrating that the way you wear your clothes plays a huge role in one’s professional or personal life. 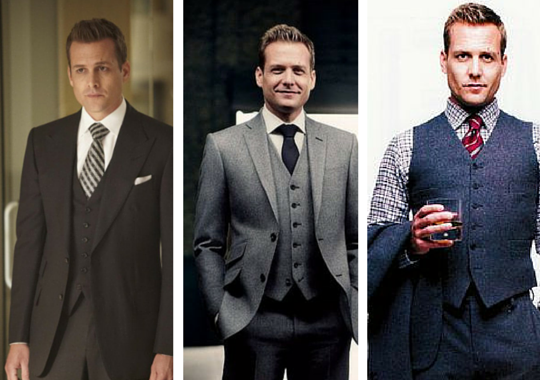 This whole guide on how to dress like Harvey Specter comes down to this three-piece suit that has become so iconic for him, especially this year when 7 out of 10 people wore a vest at Pitti Uomo 87.

This is the way Harvey Specter has been striking during the TV show: wearing form-fitting, custom tailored three-piece suits with wide lapels and generous ties, always matched with spread collared shirts. If you still underestimate the power of this type of suit, this would be the perfect occasion to change your mindset. Because, honestly, what could look more intimidating than a man with attitude in a stunning, perfectly put together three-piece suit? 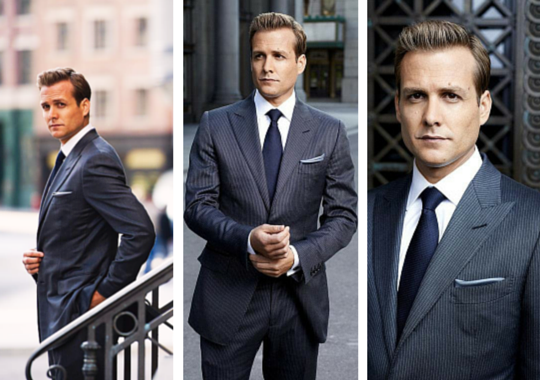 It’s not a matter of how to dress like Harvey Specter than it is to feel like him!

While his fresh, young associate Mike wears a slim, understated suit along with an unfortunate messenger bag, Harvey, on the other hand, truly dresses like a boss. He’s the top closer of his firm, and his power suits convey his status at his firm perfectly. As I said above, intimidation is what his looks manage to do all the time, looks that show again how effectively can an outfit communicate a message of strength and maintain one’s reputation.

If you’ve always been a fan of Harvey’s style and attitude or you’ve just found about it and want to apply it into your life, we hope this analysis of the style he showcases in Suits will help you get inspired and make some improvements regarding your image.

What do you think about the character played by Gabriel Macht? Are you a fan of Suits TV show? Share your thoughts in a comment area below!

About the Author: Sebastian Filip